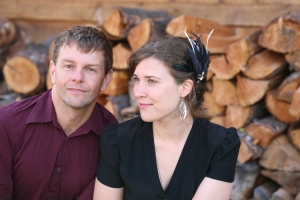 Darren Guyaz & Beth Wesche didn’t set out to become the folk-pop duo known as “March To May.” There were no flyers or “musicians wanted” advertisements to formulate this project.

Through chance encounters and a road trip with friends, the Seattle based musicians simply found each other and their affinity for music.

It’s no surprise that their songs are refreshingly organic, with no preconceived notions of what their art should be. Darren & Beth view March To May as a constant evolution and plan to constantly include other artists on their musical journey.

“The Water’s Edge,” is the debut release from March To May, which sounds like anything but a debut. The songs are masterfully crafted, sonically beautiful and lyrically resplendent.

Check out the record here:

New England based veteran musician, Nick Duane, has been a long time advocate for original Indie music, stating, “You make your music regardless of a recording contract or a live band or any of the arbitrary rules.” With so much of the industry putting out cookie cutter pop songs, Nicks music is refreshingly original. Equally important… his songs are well crafted art brimming with emotion. Stylistically, his music can be described as indie rock infused with ambient synth pop… think 80’s-90’s Bowie meets Sting.
Check out Nicks new release, “Rain,” here:

“Cosmic Carnival,” is the new studio album from east coast psychedelic-indie-rock group, The Striped Bananas.
Their classic sound is teeming with organ, guitars, lush vocals and even sitar! Reminiscent of Moby Grape, The Rolling Stones and The Beach Boys, members Duncan, Chantelle & Andrew aim to bring a modern perspective to psychedelic music while respecting their influences from the 60’s and 70’s.

“Cosmic Carnival” is available on CD, Vinyl or digitally, and features 10 new tracks including a trippy cover of Del Shannon’s “Runaway.” My favorite track, “Girl You Got Me Feeling Alright,” will have you bobbing your head along before the verse lyrics kick in.
You can check out the band and the record here:

Mythical Records announces the 2015 release of The Synthetic Dream Foundation – “The Witch King (1st Movement).” This release is the first part of a trilogy, with 3 new songs being released every two months for the rest of the year.

Combining dark contemporary classical music with industrial strength electronics and beats, TSDF’s art moves the listener through a myriad of sonic landscapes. Listing to the tracks, “In the Realms of the Unreal,” “The Human Harvest” and “In Letters of Black Night” make it easy to see why The Synthetic Dream Foundation is in demand for film scores and remixing. Not limited by any single genre, and overflowing with creativity, TSDF simply creates true art by using organic and synthetic textures.

Check out their stunning videos here:

After listening to The Fabulous Downey Brothers upcoming record, “Squiggle Dot Dot,” I could hardly wait to put a visual to this incredibly quirky, energetic pop music blowing up my speakers. With hints of Devo, B-52’s and They Might Be Giants, my curiosity was peaked. I went on YouTube and watched the video for “Fun At The Mall,” and was not disappointed! The band far surpassed my expectations of what a live performance would look like. Hailing from Olympia & Seattle, Washington, The Fabulous Downey Brothers consist of Sean, Louis, Freddy, Chandra, Alex, Josh & Liam.

The album is available to preview in iTunes, Amazon and Google Play.

Check these guys out!! 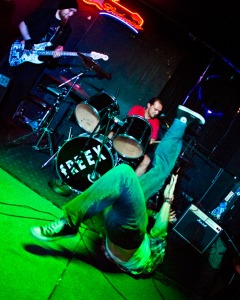 East Bay rockers, fREEX, take pride in being part of the forefront of the new, “Free Expression” music genre. Members: California, Vänü Ganchev, Jeff Stallone & Kirk Shelton expand the parameters of music by blending funk, melodic rock, and post punk with their own brand of intensity… think Chili Peppers meet Nirvana meet Queens of the Stone Age… and your in the ballpark.

After gaining much west coast attention in 2013-2014 touring with songs such as “God, I Love America,” “Is There Something Wrong?” and “The Dark Night Rises,” fREEX announces a new album coming June 2015 on Liquid Kitten Music. 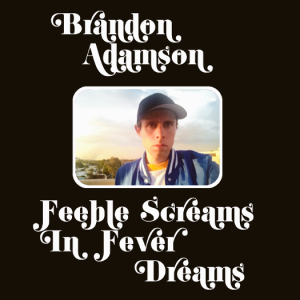 “Feeble Screams in Fever Dreams” is the new video/single by Phoenix based indie artist, Brandon Adamson.

Infusing Pop, Electronic, and a certain je ne sais quoi, Adamson delivers quality art that is more than just sound waves to bob along to.

Along with previous releases titled “Apricots and Afterthoughts” or “Glow in the Dark Boy,” Brandon Adamson maintains artistic integrity and entertains the listener with quirky refreshingly original music.

If trite lryics and over-produced familiar melodies are what you seek, keep looking.
Check out “Feeble Screams in Fever Dreams”
https://www.youtube.com/watch?v=4OfisTcfey8

AcidFishBowl
Create a free website or blog at WordPress.com.